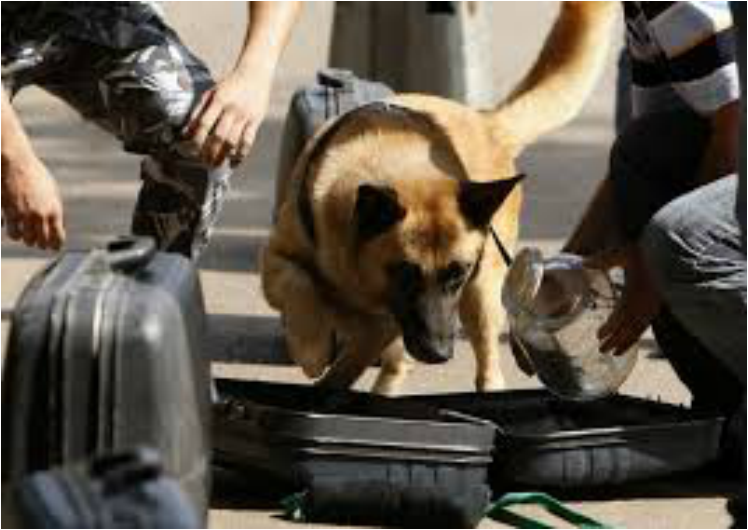 A detection dog or sniffer dog is a dog that is trained to and works at using its senses (almost always the sense of smell) to detect substances such as explosives, illegal drugs, wildlife scat, currency, or blood. Specially trained dogs can be used to detect explosives using their noses which are very sensitive to scents.

These dogs are trained by specially trained handlers to identify the scents of several common explosive materials and notify their handler when they detect one of these scents. The dogs indicate a 'hit' by taking an action they are trained to provide, generally a passive response.