Dogs were introduced to the U.S. military during WWI and were used to accomplish war related tasks.  As the wars came and gone throughout the years war dog teams have had to continually adjust and adapt to modern day warfare. Used primarily as sentry, messenger, and scout dogs in the previous wars dog teams have had to learn new skills and develop new training programs to become battle ready in today’s combat zones.
(480) 505-8877 PURCHASE DOMAINS LISTED BELOW 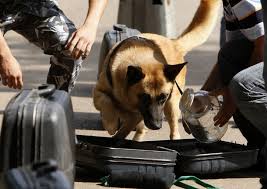 After the Vietnam war, dog teams had not been used extensively in combat related missions until the “War on Terrorism” presented itself. Dog teams were primarily relegated to being military police k9 units patrolling the bases, being gate guards, and performing specialized missions off base every so often.
Now there are dog kennels being entirely devoted to deployments. Within these kennels are war dogs capable of doing specific tasks. One of these tasks some of the dogs are specifically trained to do is search for explosives and munitions independent from it’s handler.
With a normal mwd, military working dog, a handler would normally have to be close by the dogs side to guide it and assist it while searching. When a handler gets called upon to search an alley, bridge, or road they can have a bad gut feeling and sometimes be hesitant to walk down those areas with their dogs. SSD’s take that fear away.
SSD’s can have radio headset attached to them with a small microphone which allows the handler to give the dog commands through his radio. SSD’s allow the handlers to stay in control of the dog through voice and hand commands without being in danger of a potential ambush or IED detonation.
SSD’s are a result of today’s modern warfare as they were introduced to the military within the last few years. Adjusting to battle field conditions as well as keeping up with technology is an ongoing process for the dog teams and constant training is required to fine tune these newly taught skills. To handlers they welcome the challenge and are confident their dogs can overcome and adapt to anything that comes their way.
​DOMAIN NAMES FOR SALE