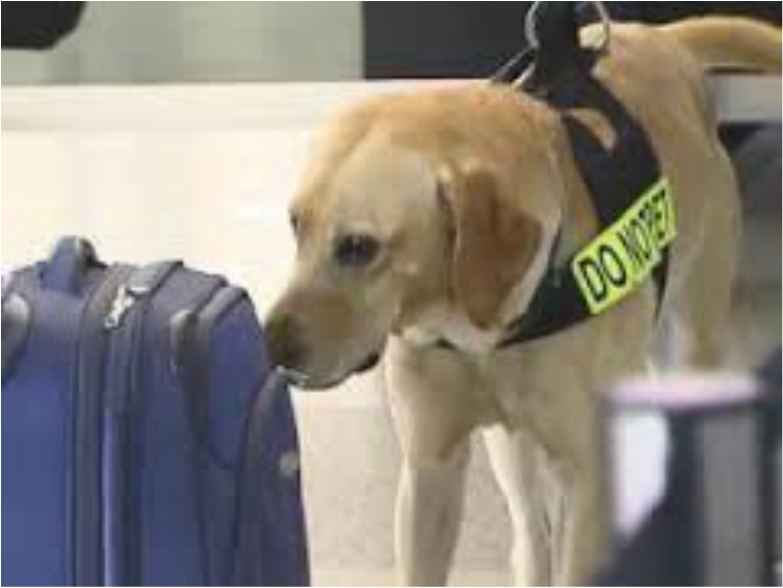 The TSA National Explosives Detection Canine Program trains and deploys both TSA-led and state and local law enforcement-led canine teams in support of day-to-day activities that protect the transportation domain. These highly trained explosives detection canine teams are a reliable resource at detecting explosives and provide a visible deterrent to terrorism directed towards transportation systems.

TSA trains canine teams to operate in the aviation, multimodal, maritime, mass transit, and cargo environments. Considered the "center for excellence" for explosives detection canine training, the program is the largest explosives detection canine program in the Department of Homeland Security and the second largest in the federal government after the Department of Defense.

Transportation Security Administration passenger screening canine teams work to deter and detect explosives within airports and other transportation systems across the nation. Currently, there are more than 900 teams deployed in support of security and screening operations.

Before being deployed into the field, dogs and handlers undergo 12 weeks of intensive training. Once the teams graduate, they return to their operational environment to familiarize the canines to the sights, sounds, smells and distractions associated with busy transportation systems.

“The dog is essentially an explosives trace detection machine that we can use without having to touch people,” said Douglas, a canine handler at Ronald Reagan Washington National Airport. “The dogs are another level of risk-based security. We can screen travelers much faster and in real time.”

Each canine team completes numerous hours of proficiency training each week. TSA also requires each team to go through an extensive and demanding annual recertification process, but maintaining the dog’s enthusiasm and sharpness is a delicate balancing act of reward, play and discipline.

“It’s a constant balancing act when training dogs. If we don’t have the dog find something in a while his search behavior tapers off and we need to have him find something in order to motivate him,” said Douglas. “But if he finds something too often, that creates other problems. So we have to keep that balance perfect all the time.”